Meet the Apex Comics creators at…

Comic-Con International: San Diego began in 1970 when a group of comics, movie and science-fiction fans, including Shel Dorf, Ken Krueger and Richard Alf, put on the first comic-book convention in Southern California. Comic-Con started on March 21, 1970, as a one-day event called San Diego's Golden State Comic-Minicon, held at the U.S. Grant Hotel in downtown. The purpose of this single-day event — which included special guests Forrest J Ackerman and Mike Royer and drew about 100 attendees — was to raise funds and generate interest for a larger convention. The success of the minicon led to the full-fledged, three-day San Diego's Golden State Comic-Con, held August 1–3, 1970, at the same locale, with guests Ray Bradbury, Jack Kirby and A. E. van Vogt. Over 300 attendees packed into the hotel's basement for that groundbreaking event, which featured a dealers' room, programs and panels, film screenings, and more: essentially, the model for every comic-book convention to follow.

Stan Lee's L.A. Comic Con is Los Angeles' first multimedia pop-culture convention, held annually at the Los Angeles Convention Center. L.A. Comic Con assembles the most exciting and innovative in comics, video games, sci-fi, fantasy, horror and all things pop-culture. Partnering with comic legend Stan Lee himself and Elvira, Mistress of the Dark, L.A. Comic Con is the only pop-culture convention owned and operated by true pop-culture icons. Having attracted 91,000 fans from around the country in its sixth year, it is quickly growing into one of the most diverse and celebrated geek and pop-culture events in the United States. The 2016 event housed over 700 diverse artists and vendors, as well as panels, autograph sessions and photo-ops. This truly is an event for the fans, by the fans.

New Jersey Comic Expo is an annual event held at the New Jersey Convention and Exposition Center each fall. It's a celebration of comic books and pop culture that showcases the exceptional works of talented writers, artists, illustrators and creators of all types of pop culture. At New Jersey Comic Expo you can find exhibitors promoting and selling all types of related products, as well as entertaining and educational programs, guest signings and meet & greet sessions with celebrities.

Wintercon is the LARGEST Sci-Fi convention in the NY area. Dedicated to bringing fans a more intimate convention experience, Wintercon is the place where you can get up close and personal with your favorite stars, Authors, and Comic Book celebrities. 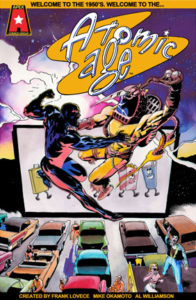 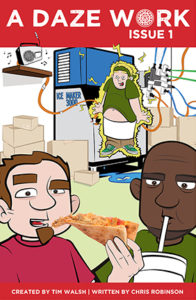 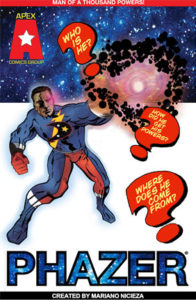